To further prepare his physique as the 2022 Olympia approaches, Urs Kalecinski completes a monster shoulder and arm workout.

German professional bodybuilder Urs Kalecinski isn’t leaving any margin of error with his physique as the 2022 Olympia gets closer. About five weeks before the 2022 Olympia, Urs Kalecinksi destroyed his shoulders and arms in an intense workout. Nevertheless, he wants to go into the biggest bodybuilding show of the year in the best condition possible. And you can’t go wrong with that when you’re walking on the stage with hulk arms.

Urs Kalecinski competes in the Classic Physique division in the IFBB Pro league. Last year, he placed in the top five of the division at the 2021 Olympia. And “The Miracle Bear” has ridden this success wave this year thus far. Kalecinski finished third at the 2022 Arnold Classic and won the 2022 Boston Pro and 2022 Kuwait Classic Pro.

As the final weeks of his prep dwindle, Kalecinki uploaded a shoulder and arm workout he endured on his YouTube. This article will cover each movement he did.

Before suffering through his intense shoulder and arm workout, Urs Kalecinski stopped by the grocery store to whip up a pre-workout meal. This meal consisted of rice flakes, water, salt, and whey protein mix, topped with blueberries and cinnamon. He consumed this with a cup of coffee. Then he prepared his pre-workout and intra-workout drinks before heading to the gym.

Urs Kalecinski explained that he’s completing his shoulder workouts first since he wants to hit them while fresh. Since he previously tagged along shoulders after a brutal push/pull day. “The Miracle Bear” stated:

“Shoulders can never be big enough. And I’ve got to say, I’ve not disregarded shoulders, but they simply grow like hell. But I only did shoulders on push/pull days and with the back. It’s always been at the end of the workout. Since I really want my shoulders to pop out, who doesn’t want it, right? So we’re starting with shoulders, and then we continue with arms.”

As aforementioned, Kalecinski wanted to come in fresh for his shoulders, so he started with shoulder exercises.

Instead of starting with a compound shoulder movement such as a military press, Kalecinski opted to work his rear delts first, starting his workout with a cable rear delt fly. He believes the rear delts and hamstring muscles are often neglected.

Rather than starting with heavy weight, Kalecinski said he does pyramid training on this exercise–starting from light weight and working your way up to heavy weight. Next, Kalecinski moved on to the second movement of his three shoulder exercises, lying cuffed cable lateral raise.

The lying cuffed cable lateral raise targets your medial deltoid. Lying and using cuffs offer unique benefits compared to standing with standard cable grips. For example, lying on a bench will prevent you from swaying your body to raise the cable weight, activating more of your lateral delts. And the cuffs will further isolate your medial deltoids since it takes out grip and forearm strength.

In addition to reverse pyramid training, Kalecinski added full and partial reps to burnout and held the final rep as long as possible following his last set of ten reps. Kalencinski claims this will put a lot of tension and stress on your muscle, leading to more muscle growth. He voiced:

“I recommend you to try this. Be it hamstrings or lateral raises with the cable or maybe even biceps curls with cable. Do your set, push a lot of reps, and in the end, simply hold it with tension for at least 15-20 seconds. I guarantee it’ll put a lot of stress and stimulus on the muscle group you’re working on. That’s really cool. You can really push the intensity of a workout this way.”

After doing some isolation and accessory shoulder movements, Kalencinski’s last shoulder movement was the compound movement seated shoulder press machine. Sitting instead of standing will engage more of your shoulder muscles. And the machine can further activate your shoulders since it takes out your core and stabilizes. Plus, a machine is safer than free weights. Kalencinski performed each rep at a slow and controlled tempo. 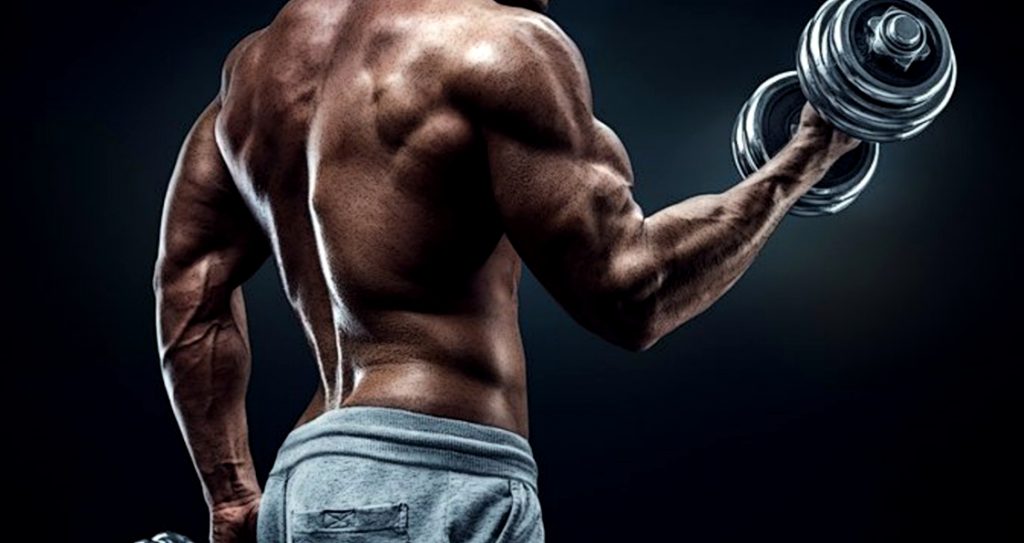 After fiercely training his deltoids, Urs Kalecinski shifted his focus to his arms, starting with his triceps.

The first triceps movement he performed was cable triceps pushdown. Cable pushdowns are an excellent tricep movement that keeps the same tension on your triceps throughout the exercise. In addition, it warms up your elbow joints.

Urs Kalecinski moved on to his biceps after the EZ bar skull crusher. Since this biceps movement was done on a cable machine, again, it kept the tension the same. Furthermore, since it’s a unilateral (single-limb) movement, it can target each biceps with more focus.

Next, Urs Kalecinski moved to another unilateral exercise and performed one-arm dumbbell preacher curls. The preacher curl is a curl performed on padding at an angle, which brings your biceps through a greater range of motion. And the padding forces you only to engage your biceps rather than using your triceps and shoulders for help.

He did a superset of overhead cable triceps extension and cable curls to target his triceps and biceps without rest. This antagonistic superset is a great way to add volume to your arms and fully fatigue the muscles.

As “The Miracle Bear’s” workout drew closer to an end, he added bodyweight movements. He first did triceps dips, forcing him to press his entire body weight, fighting against gravity.

The final movement in Urs Kalecinski’s shoulder and arm workout was the bodyweight movement of chin-ups. This exercise, like tricep dips, requires you to lift your bodyweight, except chin-ups pull up your entire weight with a supinated (palms facing you) grip. As a result, chin-ups engage more of your biceps than pull-ups.

Urs Kalecinski did 11 exercises, mixing in compound and isolating shoulder movements that targeted every head of his shoulders (anterior, medial, rear). And he included one-arm and bilateral biceps and triceps movements that use a mix of machines, free weights, and bodyweight.

You can watch Urs Kalecinki’s total shoulder and arm workout on his YouTube channel below:

Ultimately, it’s safe to say Urs Kalecinski did more than enough to put his arms and shoulders through a grueling workout before the 2022 Olympia in a couple of weeks. 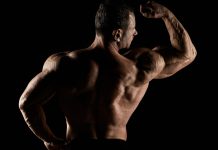