Top bodybuilding contender William Bonac destroys his legs with the 2022 Olympia a month out.

Ghanaian-Dutch IFBB Pro bodybuilder William Bonac is putting it into high gear as the 2022 Olympia draws closer and demolishes a leg workout. William Bonac is one of the top contenders competing in Olympia’s Men’s Open divisions. He’s an 8x Mr. Olympia contender and was the runner-up (second to Brandon Curry) at the 2019 Olympia. And he won the 2020 Arnold Classic.

After the pandemic, Bonac hid in the shadows of other top Olympia contenders, finishing outside the top five at the 2021 Olympia. However, William Bonac’s spectacular runner-up finish behind Brandon Curry at the 2022 Arnold Classic has many spectators believing Bonac will give “Big Rammy” a run for his money. And he indeed has the backing now to stand neck and neck with other top 2022 Olympia competitors, such as Michael Krizo, Blessing Awodibu, and Ian Valliere. In addition to his outstanding 2022 Arnold Classic performance, Bonac went on to win the 2022 Boston Pro to qualify for the 2022 Olympia.

With the 2022 Olympia taking place in a month on December 15-18, 2022, Bonac has been putting in work in the gym to fix any weaknesses that landed him a silver medal at Arnold Classic. He looked incredible in the physique update he shared 6.5 weeks after the 2022 Olympia. And because age isn’t on his side compared to some of the younger contenders at 40 years old, he’s turned the volume up on his workouts to make up the age gap. He recently put his legs through an insane leg workout.

William Bonac targeted his legs from all angles, including various compound (multi-joint) movements and isolation movements that targeted his hamstrings and quads. In addition, he did leg presses from horizontal and vertical directions.

Surprisingly, William Bonac started his leg workout with leg extensions, an isolation movement that targets your quads. Typically, athletes start their workouts with compound movements to target multiple muscles in their lower body while fresh before moving to isolation movements.

But some bodybuilders find isolation movements to give their muscles and joints a solid warm-up before diving into the bigger lifts. Leg extensions, for example, will warm up your knee joints. Bonac first did the leg extensions unilaterally (single-limb), and then he did a few sets bilaterally (both legs).

Next, William Bonac performed several leg curl variations to hit his hamstrings. In addition to leg extensions, leg curls will warm up your knees a little bit with less stress compared to leg extensions. Moreover, since your hamstrings only have three muscles compared to the four muscles on its thigh-brother, quads, which have four muscles, it’s imperative to make sure your hamstrings are well warmed before lifting heavy weights because they’re prone to injury (1).

As the name suggests, vertical leg presses have you push weights on a leg press machine from an upright position. This vertical positioning allows a more significant load to be lifted and emphasizes your glutes and hamstrings. However, you have to be wary of your back since the angle can put extra strain on your lower back.

William Bonac continued his leg workout with linear hack squats. This exercise also engages all the muscles in your lower body–glutes, hamstrings, quads–while focusing on your quads. It also places less stress on your lower back than the vertical leg press and forms an angle between vertical and horizontal. After some sets of this exercise, the Olympia bodybuilder moved to the pendulum squat.

The pendulum squat is another excellent movement for glute and quad activation. However, you can change your foot placement on this exercise to activate more of your hamstrings. Moreover, this exercise doesn’t place as much stress on your knees and back compared to other squat variations. And it allows you to get a deeper squat depth.

Moving on in this high-volume leg workout, the 2022 Boston Pro champ took to the partial leg press. As the name implies, this movement is done on the leg press machine, except with partial reps. Partial reps don’t contract as much of your leg muscles since the range of motion is shorter. But it allows you to keep constant tension on your leg muscles, and it’s perfect for performing more reps. In addition, you can use heavier weights (2).

As William Bonac’s leg workout drew closer to an end, he included the belt squat machine. The main difference between belt squats and standard squats is that belt squats are performed with a weighted belt tied around your waist. And, of course, the barbell squat has the weight resting on your traps. The benefit of belt squats is that it reduces spinal compression. To finish this long leg workout, Bonac isolated his calves.

The leg exercises the 2022 Arnold Classic runner-up performed are below.

William Bonac included many leg exercises in his leg day, completing eight movements in total. He started his workout with isolation movements to warm up his hamstrings, quads, and knee joints. Then, he moved into heavy compound machine movements that had him squat at different angles to target other areas of his glutes, hamstrings, and quads. The massive volume and exercise variety he endured should be enough to prepare his lower body for the 2022 Olympia stage. 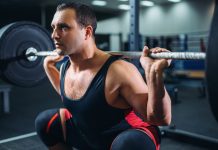